Multi-sport athletes are, by definition, known as athletes who compete at a high level in two or more different sports. These athletes compete for double the amount of time as single-sport athletes, but are still found in abundance among American high schools. Center Grove is no different than the rest in this sense.

Some athletes do not believe that they have a swaying passion toward one sport rather than the other, as they both have their benefits. 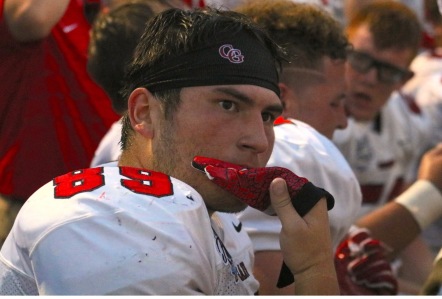 “I would say I share an even passion for both sports (basketball and football),” said Lucas Doyle ‘19 who has played on both the varsity football and basketball team since his freshman year. “Both sports are great because I get to play alongside lifelong friends as well as do what I love to do.”

Not only is a football and basketball athlete a combination within the doors of CGHS, female athletes within the school have their own melting pot of athletics. 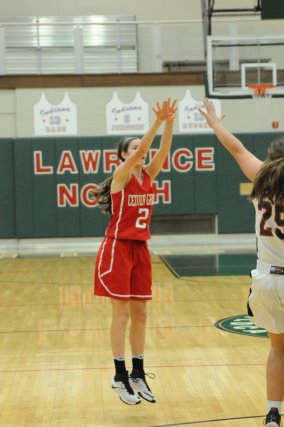 Setting passions for both sports aside, some athletes have a difficult time balancing the seasons of their sports as workouts and practices overlap.

“So far in my high school career, I have been blessed with two opportunities to possibly be a state champion in football which makes our football season quite a bit longer than normal,” said Doyle about the overlapping of athletic seasons. “In doing so, the basketball team has already had a couple weeks of practice and a week of conditioning by the time I’m just getting started.”

Playing multiple sports in high school leaves athletes with jam-packed schedules and decisions to be made about a future– a future in collegiate athletics. 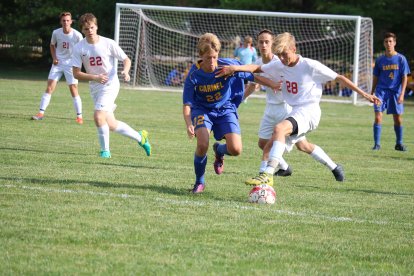 “I would love to play college soccer,” said Nick Wilson ‘20 who plays soccer and runs cross country and track. “Cross country was mainly about improving my times for track, which is also a sport I would seriously consider doing in college.”

Multi-sport athletes have been proven to be successful in athletics as a whole as their diverse training gives them a competitive edge over others who have only been trained in one sport. 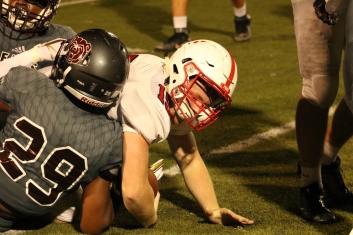 “I do think that playing two sports helps me with my other ones because of the different abilities that they require that end up helping me succeed more in other sports,” said Cameron Petty ‘19 who plays football and basketball.

Petty’s teammate, Doyle, agrees that the benefits of playing two sports in high school are prevalent on the court and on the field.

“Playing football has helped me develop strength and toughness that I can bring to the court as well as basketball has helped me tremendously on having quick feet and on the spot decision making,” said Doyle about strengths he has acquired from playing two sports.

Multi-sport athletes stretch their free time between competitions on a day-to-day basis but reap the benefits as they see their hard work paying off in their athletics. Catch these multi-sport athletes on the football field on a Friday night or running cross country on a Saturday morning– they do it all.